Zenobia lays 1.4km from the shores in Larnaca. She now rests on her port side at a maximum depth of 42 meters, the top of the wreck at 16 meters below the water surface. We will take you on guided dives of this huge 172m long and 28m wide wreck, where you will see the propellers, funnel, anchors and lifeboats, explore the canteen and bridge and see some of the over 100 lorries which went down with her. You will also see any array of marine life including groupers, moray eels, barracuda, squid, damsel fish, nudibranch and sea bream. The wreck dive site provides a wide range of challenges to scuba divers, from fairly simple intro dives of up to 10 metres depth to the more experienced divers for dives up to 40m depth. This wreck has so much to discover and every dive brings something new and interesting to the diver. With visibility of up to 50m, water temperatures of 16⁰c in the winter and 27⁰c in the summer the Zenobia wreck is an absolute must for divers of all qualifications fortunate enough to visit Cyprus.

The Zenobia is a 10,000 tonne cargo ferry built in Sweden in 1979. She left Malmo, Sweden on her maiden voyage on the 4 May 1980, bound for Tartous, Syria. On the way to Athens she experienced steering problems and the Zenobia began listing to port. Following the investigation it was established that the computerised pumping system was pumping excess water into the side ballast tanks and the problem became progressively worse. She arrived in Larnaca on 2 June 1980 and at 2.30am on the 7 June 1980, Zenobia capsized and sank in Larnaca Bay, 1400m from the shore, taking the 104 lorries and cargo estimated at £200 million with her. Luckily, there were no casualties in the disaster. According to local legend, the Zenobia’s owners never collected the insurance money and no formal investigation has ever been published. Zenobia is now rated as one of the top 5 wreck dives in the world and number one in the Mediterranean. 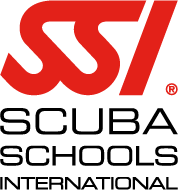